Our goals for this phase were to begin integrating our electrical, mechanical and user interface subsystems and testing them as a unit. This was accomplished through the following tasks that we planned to do during this phase:

Our team accomplished the following:

Risks continue to be monitored and updated as progress is made on the project. Some significant changes have been made as a result of moving off campus and working remotely from home. Risks 1 and 7 have increased in likelihood since user testing is no longer possible in person and all other mechanical testing will be done on the test bed instead of on a sonar boat. Risks 3 and 14 have been reduced to a likelihood of zero because they are no longer of concern. With all necessary purchasing complete, we are still under budget (risk 3) and as assembled, the weight of SailBot is well under the requirement (risk 14). The updated risks are detailed below and linked here. 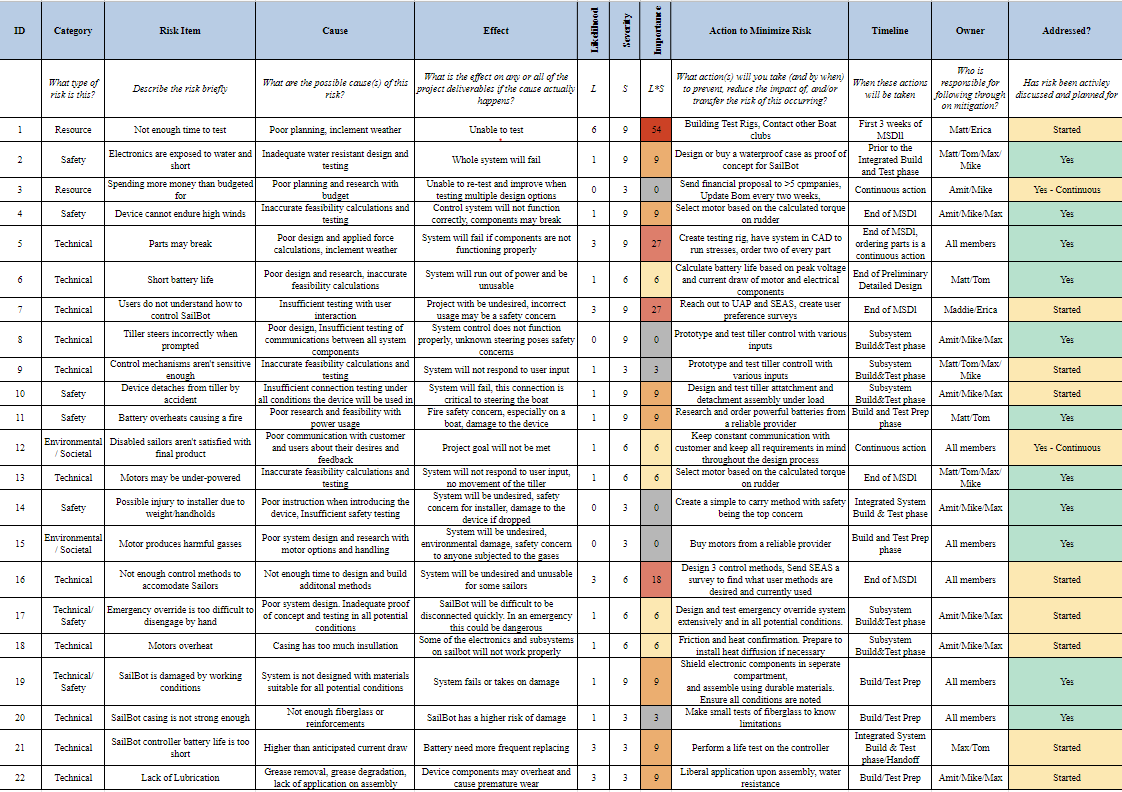 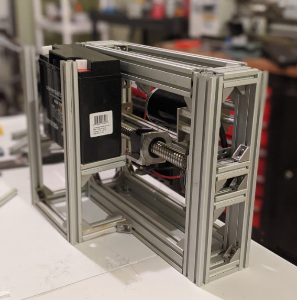 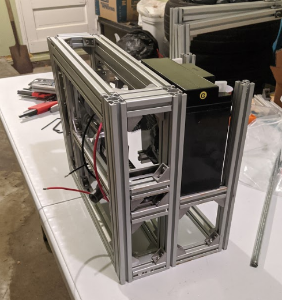 Controller design and layout has been modified and improved based on feedback we have received from volunteers. The controller on the right side of each image is the newest revision. 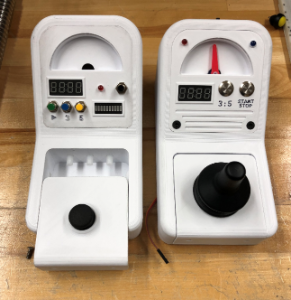 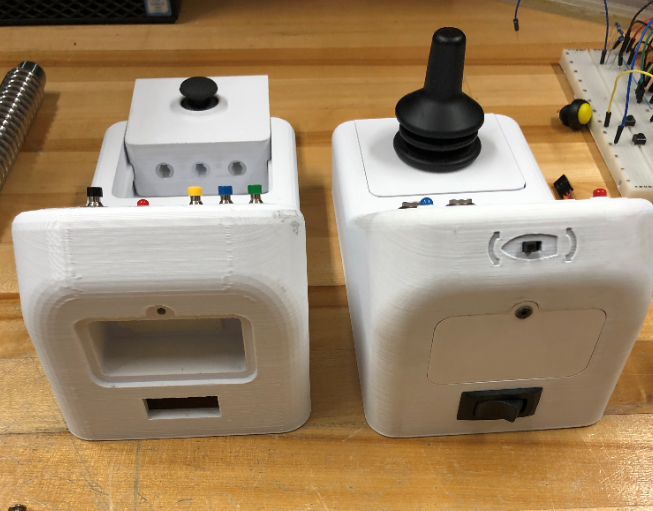 Status and Changes with RIT Closing

Due to the closing of RIT's facilities and the shift of classes to online formats, the continuation and completion of this senior design project have been modified. Assembly and testing will continue to be worked on, but should this project need to be handed off to Community Boating with unfinished components, assembly and testing documents will be written to detail information needed to complete the project.

Our current task list with status and further actions is displayed below. 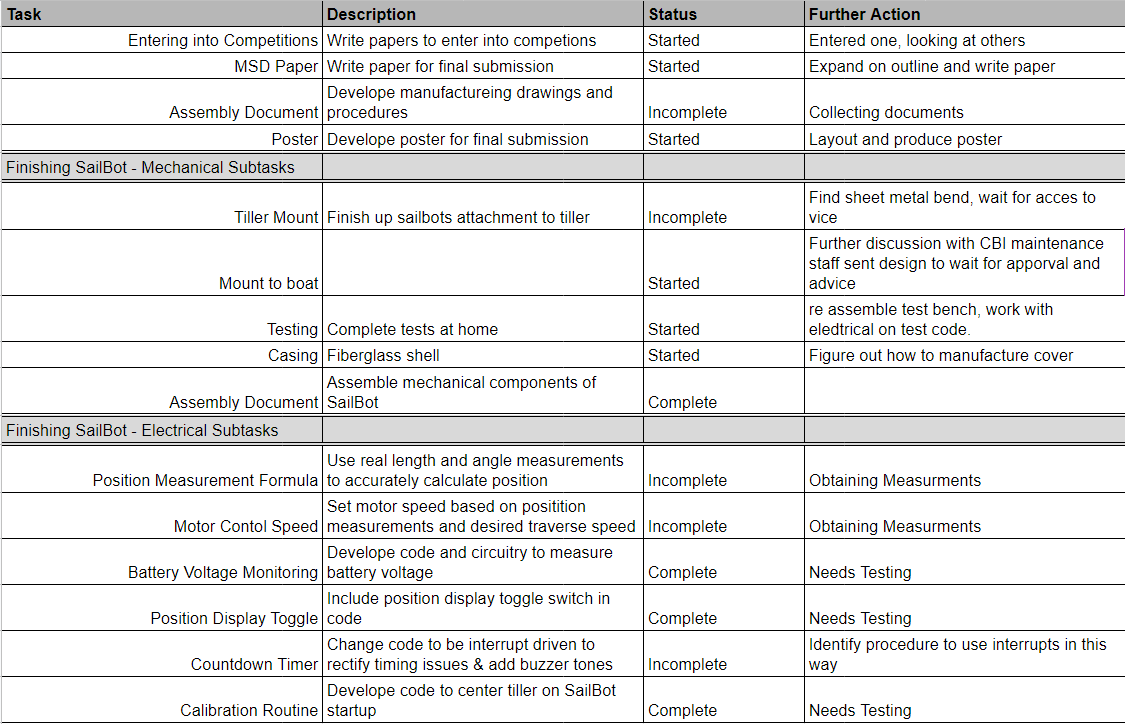 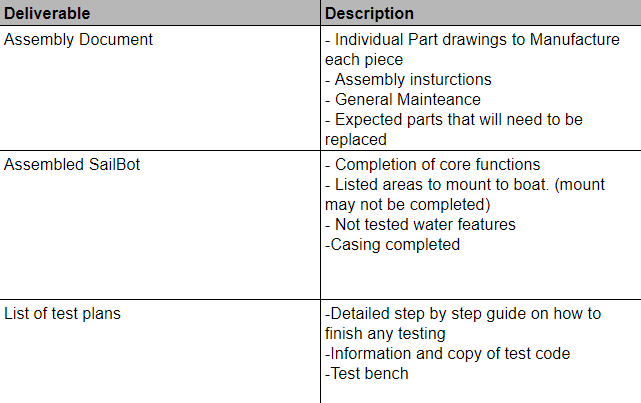 Plans if we had 3 weeks back at RIT

If by any chance we were able to get back on campus or be able to meet as a group in person,  we would plan to accomplish the following tasks:

As a team, we would like to complete as much of this project as possible even with the new limitations of working remotely without the facilities and tools at RIT. Before the end of the semester we hope to accomplish the following tasks:

A more detailed task list is linked here. Tasks are broken down by either one of the deliverables (poster, paper, assembly document) or as a task needed to finish SailBot.

Below are the three-week plans for each individual team member for the next phase:

Peer evaluations were done as a reflection of this phase and what we want to improve on for next phase. The document is linked here. 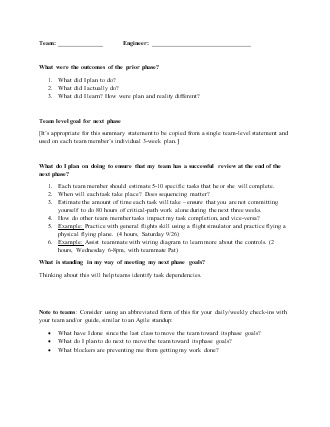