Initial D the cinematography is used to recreate the emotional turmoil and stress experienced by the drivers. The camera angles also help the viewers to become engross in the film. Some of these types of cinematography are framing, canted framing, following shot, long shot, and close-up. Without cinematography. it would be impossible to tell the story of Initial D because the story would fall flat.

In cinematography, framing can be described as if“The edges of the image create a "frame" that includes or excludes aspects of what occurs in front of the camera.” In Initial D, this happens all the time especially when races occur. For example, in the first race of Season 1, the camera seems to be pointed at bushes, but in a second, two cars pop in and out of the frame. The camera does not continue to follow the two cars, and instead continues to point towards the bushes. In this series, the premise is about being the fastest driver, and using framing helps convey that idea. When the viewer looks out of this “window” created by the camera, the cars flash into frame and out of frame in a flash, which makes the viewer believe that the two cars just blew past them at amazing speeds.

Canted framing is another technique used during the races of Initial D. Canted framing occurs when the camera is tilted or off center, and basically creates the illusion that something is “off,” or some kind of chaos is occurring. In Initial D, when two cars are racing, each driver is trying to push his or her car to the max. At these times, it is commonplace for the racers to loose control, so canted framing is used. For example, in the third episode of Season 1, a driver decides to practice for his big race on one of the most deadliest tracks in the area. He's coming up to a turn, and the camera becomes canted. It is tilted towards the side, and looking from bottom up. This instills the feeling of chaos, and rightfully so, since the driver ends up on the side of a guard rail. 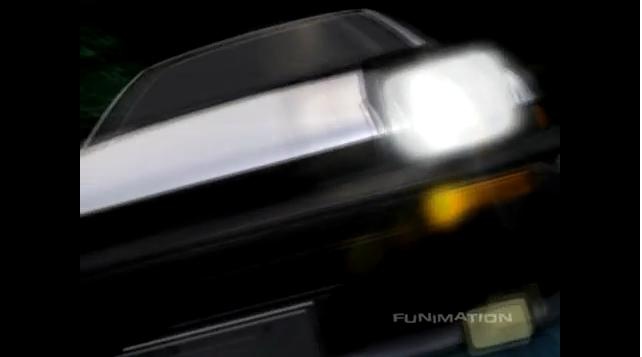 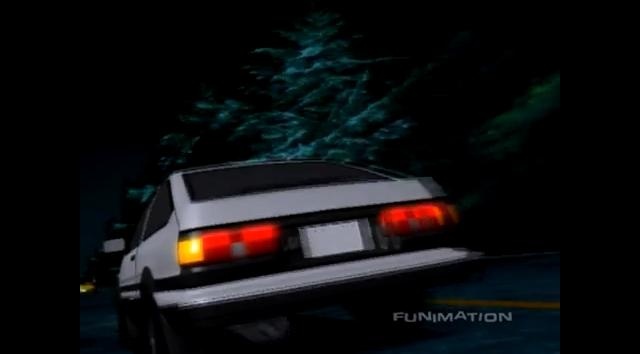 Close-ups are used throughout Initial D, and on almost every item: people, cars, building, etc. There are always close-ups of cars. Shigeno makes sure that the viewer can see the type of car, shape, build, etc. This helps the story since tons of cars are used throughout, and in order for the viewer to easily distinguish which car is which, a close up of the car with its name and any distinguishable features are shown. Many close-up scenes are recycled, or used over and over again. The main character has the most repetitive scenes, however, Shigeno does this to show how calm and collected the protagonist is. The protagonist, Takumi Fujiwara, is basically going through their motions, so the same scenes can be shown. The people he is racing however, having changing close-ups because their mindsets are changing from cocky to desperate and so are their actions. They are no longer “going through the motions.” 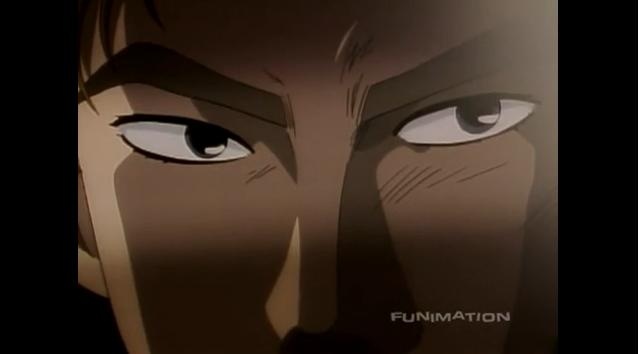 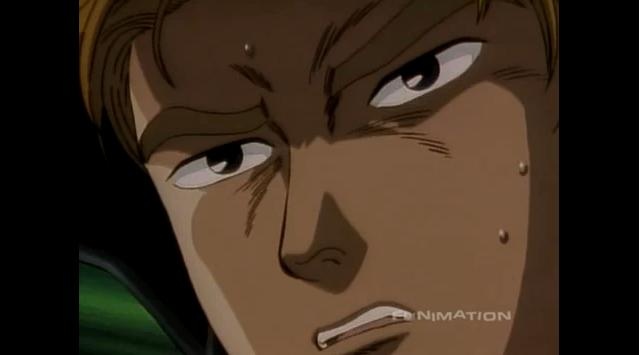 Following shots basically is a type of cinematography which tries to keep a moving character on screen. Now, usually in Initial D, the camera tries to switch back and forth between both cars, However, under certain circumstances, the camera will follow a car and/or person. When this occurs, a strong opponent or a super fast car appears. The sequence of actions follow this pattern. The camera will pan to a group of drivers who will suddenly stop talking because something attracts their attention. Then a following shot will occur with the camera slowly following a super fast car or experienced driver. In this shot the character on display usually has a cocky demeanor. For example, when the first antagonist shows up, there is a following shot for about 1 minute, from when he steps out of his car to when he joins the awestruck crowd.

Long shot is “A framing in which the scale of the object shown is small; a standing human figure would appear nearly the height of the screen.” Long shots are usually used in Initial D to convey how close each racer are to one another. The car in the front will be the object which is the size of the screen. However, in the background the viewer can see the car in the rear almost bumper and bumper to the first car. This makes the scenes exhilarating because the viewer can sense how close the race is going to be. Especially since long shots are used towards the end of the races where there is only one or two laps yet, and a winner is to be determined. 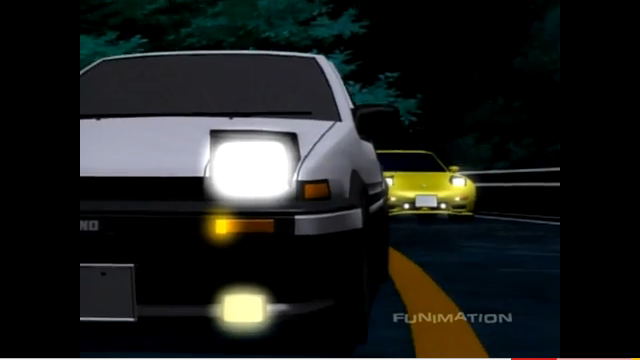 Cinematography helps to engross the viewers in the Initial D universe. Framing, canted framing, following shot, long shot, and close-ups are some of the types if cinematography used in the anime. Following shots are used helps the viewer see how close he two battling car are to one another. Framing helps to describe how fast the cars are going. Canted framing helps to convey the sense of chaos, which sometimes erupts during battles and practice runs. Close ups are used to help the viewers distinguish between cars and to contrast the mindsets of the main character and his adversaries. Cinematography helps to instill emotion in an adrenaline pumping anime.